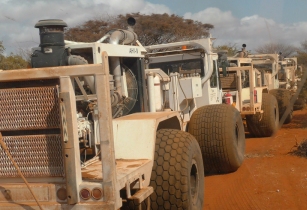 The contract will see Bell Geospace fly Full Tensor Gravity Gradiometry (FTG) surveys across 2,962km2 of the onshore coastal strip of Liberia lying within the known extent of the Roberts-Bassa basin.

Bringing its considerable strength in high resolution gravity technology, Bell Geospace will commence survey flights during last quarter 2017 and early 2018.   The outcome of the surveys will provide processing and interpretive surveys resulting in 3D imaging of the complex sub-surface geology of this highly prospective exploration block.

Bell Geospace will use a Basler BT-67 flying at low altitude to conduct the survey.

Mr. Hassan Hassan, Managing Director, Operations, Simba Essel Energy Inc. comments: “We are very pleased to once again work with Bell Geospace and look forward to beginning the next stage in the development of our Liberian Hydrocarbon Reconnaissance Permit. Acquiring FTG data over the onshore/shallow water will provide valuable data which will be critical in planning the future seismic program"