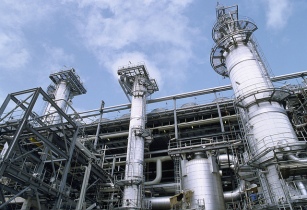 The low oil price environment is here to stay - that was a common a prediction among speakers at the African sessions at IP Week, held in London this week

Among the speakers, there were also calls for further liberalisation of markets, reduced government input overall, and fair taxation in order for the continent's oil and gas markets to prosper.

Introducing the sessions, Ade Adeola, managing director, energy and chemicals, Africa and Middle East, for Standard Chartered Bank, said the low oil price has forced the market to "recalibrate", particularly in African countries which are "very commodity-dependent". Mr Adeola also cited reduced consumer demand and instability in Libya as factors which "didn't help" the continent to recover in the current downturn. However, he did point to significant hydrocarbon discoveries in Senegal and Ghana's TEN field coming online as signs of hope for Africa's oil and gas producers.

In regard to Nigeria, Mr Adeola cited improvements in fiscal regulations and "good work in LNG" as positive signs for the country's hydrocarbons industry.

East Africa continues to provide welcome news, according to Mr Adeola. Examples he gave included the final decision taken on the Uganda-Tanzania oil pipeline, slated for completion by 2020, and Tullow's promising Kenyan discoveries.

He said that 2017 represented "opportunities for reform", meaning the downturn coild prove to be a "good crisis", allowing countries to deal with fiscal reform and give operators time to "sort out costs".