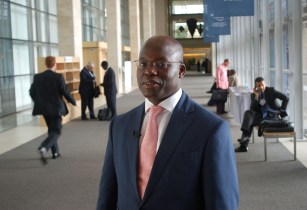 Wale Tinubu, group CEO of Oando, addressed the ADIPEC conference, held in Abu Dhabi this week, on the challenges and opportunities facing the Nigerian oil and gas industry

Mr Tinubu opened his address to a panel discussion on the resilience of oil and gas with a global perspective, discussing the importance of meeting COP 21 climate change commitments while meeting energy demands, particularly in the developing countries of Africa and Asia with a growing middle class. Additionally, he emphasised the importance of focusing on petrochemical development, increased refining capacity and playing a role in industrialisation.

"Is this the new norm? Fifty dollars a barrel for crude?" he asked the conference, adding that it is important to "ensure we drive the supply in a more efficient manner".

"We will have a soft market for a long time," Mr Tinubu said. "Cost reductions are appropriate for a company to ensure a good return."

He described Africa as "without a doubt an exciting prospect", with 7.6 per cent of global gas resources and particularly promising gas prospects in Mozambique and Tanzania, oil in Uganda, and oil and gas in Nigeria. Mr Tinubu added that there is an opportunity for Africa in terms of boosting production of refined products, moving away from being a net importer of crude oil, and becoming an exporter instead.

High capex poses a challenge to African operators, according to Mr Tinubu, citing costs in Angola of $36.20 per barrel and $35.40 per barrel in Nigeria. Other challenges for Africa that Mr Tinubu highlighted include a drop in rig counts, project delays and cancellations, and a decline in export revenue.

In regard to increasing the role of renewables in the energy mix, Mr Tinubu said that alternative forms of energy are "not able to provide the speed we need to satisfy global demand" and that "renewables are not receiving the attention they should be receiving".

He then focused on Nigeria in particular, saying that operators need to "turn challenges into opportunities". Mr Tinubu said that positives for the Nigerian oil and gas industry include providing customised security solutions, the government is restructuring the Petroleum Industry Bill, and joint venture budgets have been finalised for 2017.

During the question and answer session, Mr Tinubu was asked about the challenges faced by the Nigerian oil and gas industry for expansion.

"The best thing Nigeria can do is create a strong NOC," he said, with "improved transparency" and using resources to raise capital as the priorities.

"[Oando] had a torturous time [but we have built] a successful export business and we have 500-strong petrol stations, and big upstream production," Mr Tinubu said. Leveraging new technology and cost efficiencies were flagged up as being important to continue to expand.

"I think the worst is over, we are going to be ever-present," he said in his closing remarks.