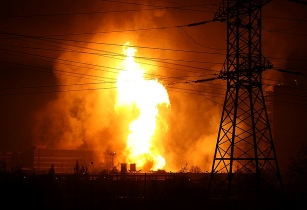 The Niger Delta Avengers (NDA) have claimed responsibility for an attack on a pipeline belonging to Nigerian National Petroleum Corporation (NNPC) on 24 July. The attack took place at approximately 11:30 LT at Nsit-Ibom L.G.A, Akwa Ibom state

Talks between government officials and militants of the Niger Delta region have continued with former militants also confirming their attendance at the talks. Members from the Movement for the Emancipation of the Niger Delta (MEND) confirmed that it is holding talks with the Federal Government (FG) on 24 July. Other militants who are in attendance at the talks have refused to recognise the MEND as their chief representative group to negotiate with the FG. Among those who oppose MEND’s leadership are Ultimate Warriors and the Niger Delta Revolutionary Crusaders (NDRC) who insist the movement can’t speak on behalf of all the militant groups in the area. The group has also given President Buhari a three-week ultimatum to enlist a high-powered government Dialogue Team. They once again stressed that the team should comprise members of the international community with a sole mandate to dialogue with militants and other stakeholders to stop pipeline bombings.

The NDA have continued to deny that it is in talks with the government and has previously disassociated itself from MEND.

Protests are due to take place in Abidjan on 25 July over the decision to increase electricity tariffs by the Ivorian National Electricity Company's (CIE). No specific details of the protest have been issued but protesters intend to march to the CIE offices in Abidjan. CIE has evacuated the premises as a precaution with demonstrations also likely to be held in other main urban centres. Avoid all protests as a basic security precaution.

The NNPC has stated on 21 July that is has recorded 1,447 incidences of pipeline vandalism resulting to the loss of millions of litres of products worth billions of naira in 2016 alone. The NNPC has sought improved collaboration with security agencies and the military in particular to prevent further damage to oil and gas facilities in the Niger Delta region.