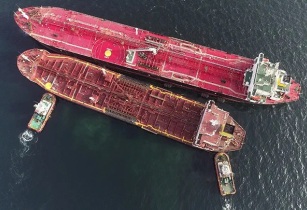 It was a part of an upgrade of the navigation and positioning systems and buoy monitoring systems to a floating production storage and offloading unit (FPSO) in Angola.

As part of its plans to create more remote operations for its offshore assets, the FPSO operator required a strategic partner capable of supporting the installation, data integration, software uploading and commissioning of the equipment.

Richard Hepworth, president, Trelleborg Marine and Infrastructure, said, “By adopting our remote operational support and digital technology, the FPSO operator was able to save on operational costs and lower health and safety risk due to reduced offshore personnel.

“The successful installation of our SafePilot Offshore solution has resulted in new standardisation of equipment on board of multiple FPSO’s in the Angola area.”

Trelleborg’s SafePilot Offshore solution is a sophisticated navigation and piloting system designed specifically for the oil and gas market. It enables tankers to position safely and efficiently at a specific loading location and monitors all vessel movements during oil offloading operations. Delivering superior situational awareness and visibility on just one screen, it creates a safer, more efficient operation and optimises the window of opportunity in critical environments.