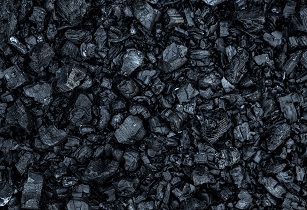 According to the report, the amount of electricity generated worldwide from coal is surging towards a new annual record in 2021 which is undermining efforts to reduce greenhouse gas emissions.

After falling in 2019 and 2020, global power generation from coal is expected to jump by 9% in 2021 to an all-time high of 10,350 terawatt-hours. The rebound is being driven by this year’s rapid economic recovery, which has pushed up electricity demand much faster than low-carbon supplies can keep up. The steep rise in natural gas prices has also increased demand for coal power by making it more cost-competitive.

Overall coal demand worldwide – including uses beyond power generation, such as cement and steel production – is forecast to grow by 6% in 2021. That increase will not take it above the record levels it reached in 2013 and 2014. But, depending on weather patterns and economic growth, overall coal demand could reach new all-time highs as soon as 2022 and remain at that level for the following two years, underscoring the need for fast and strong policy action.

Speaking at the press launch for the report, Fatih Birol, executive director of the IEA, commented, “Our analysis show that there is a major gap between pledges at COP26 and what is happening today and what will happen tomorrow. As such this report is a sobering reality check of government policies.

“From a climate change point of view, we expect global coal demand to increase by about 6%, higher than in 2019. Global electricity generation from coal will be the highest ever in history and is expected to increase by about 9% driven many by countries in Europe, India, China and the United States. This is, in my view, very worrying. It shows us that coal (and emissions from them) are stubborn. They don’t pay attention to what governments, experts, and wishful thinkers say. Coal is the most important emitter; about 30% of the entire global CO2 emissions come from coal electricity generation. By comparison, all the cars in the world are responsible for about 9% of global CO2 emissions.”

In China, where more than half of global coal-fired electricity generation takes place, coal power is expected to grow by 9% in 2021 despite a deceleration at the end of the year. In India, it is forecast to grow by 12%. While coal power generation is set to increase by almost 20% this year in the United States and the European Union, that is not enough to take it above 2019 levels. Coal use in those two markets is expected to go back into decline next year amid slow electricity demand growth and rapid expansion of renewable power.

IEA’s report indicated that the total coal consumption of the continent decreased to 198 Mt in 2020 and, although consumption is expected to steadily rise, it will only reach 212 Mt by 2024 which remains below pre-pandemic levels. This is far below the levels of other international communities with Europe expected to hit a total coal consumption of 508 Mt by 2024 and North America reaching 462 Mt in the same period. All three are, however, dwarfed by Asia Pacific which is predicted to reach 6,430 Mt by 2024.

In addition, African countries are being affected by China’s pledge to stop funding coal-based power plants abroad. Botswana, Tanzania, Mozambique are among those expected to be most affected by  this as they have been counting on Chinese financing to increase their coal-fired generation capacity. However Zimbabwe is probably the most concerned as it has 990MW of coal-fired plants under construction with plans for another 4.5GW of additional capacity – Chinese institutions are the main source of capital for these.

South Africa accounts for around 90% of coal consumption on the continent but has secured US$8.5bn of international funding over the next five years in order to reduce the country’s dependency on the fuel source. Eskom has announced that it will shut down 8-12 GW of coal-fired power plants by 2030.

Birol added, “Without strong and immediate actions by governments to tackle coal emissions – in a way that is fair, affordable and secure for those affected – we will have little chance, if any at all, of limiting global warming to 1.5°C.”

Due to the critical importance of this issue, Birol noted that the IEA would be releasing a special report in June 2022 which will advice on how to get coal to net zero by 2050. He added that it will look at this issue particularly from the perspective of emerging countries as this is where coal can have a critical role in providing electricity.