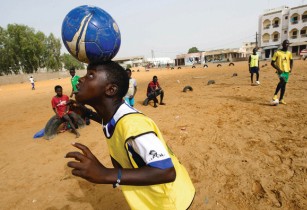 The deal means Woodside will purchase all ConocoPhillips' Senegalese oil interests for US$350mn. Under the PSA, Woodside will acquire 100 per cent of the shares in ConocoPhillips Senegal BV, which holds a 35 per cent stake in a production sharing contract (PSC) with the government of Senegal. This deal covers three offshore exploration blocks, Rufisque Offshore, Sangomar Offshore and Sangomar Deep Offshore.

Woodside has the option to operate the future development of any resource. The PSC includes the promising SNE and FAN deepwater oil discoveries. Recently completed appraisal work on these sites has proven up high quality resources.

Oil Review Africa attended an Energy Industries Council (EIC) briefing about the future of the Senegalese hydrocarbons sector where Cairn Energy, another partner in the PSC was represented by general manager, Miles Warner. Warner told the briefing that the Woodside buy-out "won't change Cairn plans". "It is just a change of partner," Warner said.

"We are taking advantage of our balance sheet to acquire a world-class asset that fits well with our capabilities, offers significant future upside in exploration and line-of-sight to near term oil production," Coleman said.

At the EIC briefing, Warner told the delegates that investing in Senegal's burgeoning oil and gas industry needs to be done in a positive manner.

"We need the Senegalese to benefit fully," Warner said.

George Hodgson, British ambassador to Senegal, reiterated this message saying that developing the industry is essential to Senegalese prosperity.

"In terms of trade and investment, energy is most important to Senegal," said Ambassador Hodgson.