The Ministry of Water and Mines of the Republic of Benin has awarded Zenith Energy an exclusivity for a period of three months to negotiate and finalise the terms of a production sharing contract (PSC) for Block 1 containing the Sèmè oilfield, offshore Benin 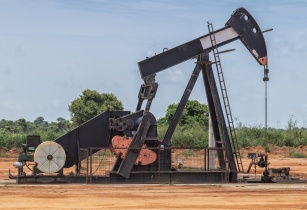 The company announced the submission of an offer for Block-1 on 22 September 2022. (Image Source: Adobe Stock)

The company announced the submission of an offer for Block-1 on 22 September 2022.

Andrea Cattaneo, chief executive of Zenith, commented, "We are extremely pleased to have been granted the exclusivity to negotiate and finalise the terms of a PSC for Block-1 by the authorities in Benin.

"Block-1 represents a potentially transformational development opportunity for Zenith because of its sizeable unexploited potential, indicated by its independently assessed oil and gas reserves and past production, and existing field infrastructure.

"We view Benin as an attractive jurisdiction for foreign investment and we look forward with great enthusiasm to working closely with the local authorities towards successfully formalising the PSC."

Discovered in 1967 by Union Oil, Block-1 covers 551 sq km with over 355 sq km of recent 3D seismic data taken between 2001-2014. It is located in shallow water (30m) offshore with onshore facilities and tank farm for processing of oil production.

The field has produced a reported 22 mn barrels of oil to date, with last commercial production having taken place in 1998 when oil prices were below approximately US$10 per barrel. It has a historical recovery factor of 22%, leaving significant margin for improvement of the recovery factor utilising modern completion techniques, horizontal drilling and improved 3D seismic.

The last operator is reported to have made infrastructure investments for an amount exceeding US$100mn prior to exiting the project due to low oil prices.

27 wells have been drilled in Block-1 – 24 in the original Sèmè oilfield, with the last three wells having been drilled in 2014-15 to discover Sèmè North. These wells discovered and tested oil in the H5 and H6 reservoirs, the same reservoirs that were producing in the original Sèmè oilfield, in a separate structure. However, due to the prevailing oil price at the time (approximately US$30) further development activities were deemed non-commercial.

Production facilities comprised of three platforms: two located in the Sèmè Field, with the last being installed during 2013-2016 to develop the newly discovered Sèmè North. Zenith Energy has already conducted preliminary site visits to inspect the infrastructure.

In recent years, there has been an attempt to revive domestic oil production in Benin following the previous involvement of various Western oil companies between 1984-1998, including the Norwegian Saga Petroleum.

In late 2019, CNPC signed a construction and operation agreement with the Government of Benin for the construction of the Niger-Benin Crude Pipeline, a 1,980km cross-border crude pipeline connecting the Agadem Rift Basin (ARB) region in Niger to Port Sèmè Terminal in the Republic of Benin. Construction of the pipeline is underway and is expected to be completed by the close of 2023. Benin is a founding Member of the African Petroleum Producers' Organisation (APPO), and its Minister in charge of Hydrocarbons serves as vice-president of the APPO.