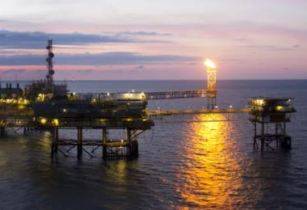 The object of the option is to provide Zenith with the opportunity to jointly develop the RSCA of OML 141 with NHNL.

Plans have already been finalised to drill, test, and complete the Barracuda 5 well (B-5), which is situated between two previously drilled wells that have both encountered significant hydrocarbons. In the event of a successful outcome, production will commence immediately using a barge-mounted early production facility to initially transport the produced oil to a nearby floating storage and offloading vessel for subsequent monetisation.

The consideration to exercise the Option and thereby acquire a 42% interest in NHNL has been agreed as US$20,000,000, payable in seven instalments over 270 days each of US$3,000,000, except for the first and the last which will satisfy the remaining consideration payable.

NHNL will use the consideration to fund the drilling of B-5. The company has been informed that the drilling location for B-5 has already been acquired by NHNL and all necessary civil works (including dredging and clearing of the designated well location) have been performed in preparation for the mobilisation of a barge-mounted drilling rig.

A suitable and fully inspected drilling rig has been identified and a site visit is planned in mid-December 2021, with the expectation of signing a drilling contract in January 2022 to begin operations during the first quarter of 2022. Production from the Barracuda oilfield is expected to begin during the second quarter of 2022 at a rate of approximately 4,000 barrels of oil per day.

Further development and drilling activities are planned to follow the drilling of B-5, with the locations for Barracuda wells 6, 7 and 8 having already been identified. In the event the option was exercised, and Zenith thereby held 42% of NHNL, it would only be required to fund its share of future development work.

Andrea Cattaneo, CEO of Zenith, commented, “The near-term drilling of B-5 is an opportunity for Zenith to rapidly achieve a material progression in its development by exploiting the considerable production potential of the Barracuda oilfield. We view the risk profile of drilling B-5 as low to medium primarily, amongst other factors, due to the strongly confirmed presence of hydrocarbons in nearby wells accessing the same formations.”