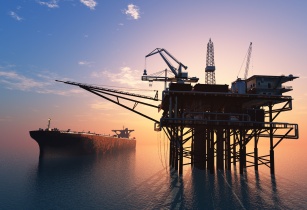 Under a drilling contract announced by VAALCO in early summer, a jack-up rig provided by Borr West Africa Assets Inc, an affiliate of Borr Drilling, was recently deployed to the Etame platform and has commenced activities on the Etame 8H-ST development well. This is expected to be completed in January with production expected later in the Q1 2022.

This sidetrack of an existing well is targeting existing Gamba hydrocarbons in the Etame field that have not previously been produced by prior wells, and is the first well of a four-well campaign.

George Maxwell, CEO of VAALCO, said, “Enhancing our production, reducing our costs and extending the economic life at Etame has been the driving force for VAALCO’s continued success. This summer we secured a jack-up rig for our 2021/2022 drilling campaign and began drilling our first well, the Etame 8H-ST, this week.”

“The objective of the drilling campaign is to increase production by 7,000 to 8,000 barrels of oil per day gross, which would have a material impact on VAALCO’s net production and cashflow given it’s 63.6% interest in the licence. We are confident we can achieve these objectives given our drilling track record at Etame. We are excited to get our next drilling campaign underway and will continue to provide updates throughout the programme,” Maxwell added.