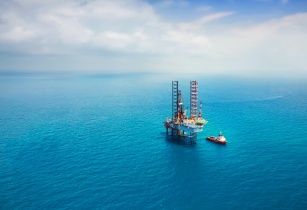 TotalEnergies, operator of Block 17 in Angola, together with the Angolan National Oil, Gas and Biofuels Agency (ANPG), has announced the start of production of CLOV Phase 2, a project connected to the existing CLOV FPSO

This tie-back project will reach a production of 40,000 barrels of oil equivalent per day in mid-2022.

Launched in 2018, this project was carried out within budget and planned execution duration, despite the challenges associated with the Covid-19 pandemic. Situated about 140 km from the Angolan coast, in water depths from 1,100 to 1,400 metres, the CLOV Phase 2 resources are estimated at around 55 mmbbl of oil equivalent.

“The start of the production of CLOV Phase 2, a few months after Zinia Phase 2, demonstrates our continuous efforts to ensure a sustainable output on Block 17. This project fits within the company’s strategy to focus its upstream investments on low-cost projects which contribute to lower the average GHG emissions intensity of its production,” said Henri-Max Ndong-Nzue, senior vice-president Africa, exploration and production at TotalEnergies.

Belarmino Chitangueleca, acting president of the ANPG, commented, “CLOV Phase 2 start-up comes at the right time to sustain the national oil production. We value the performance of the operator and the contractor group to keep executing projects despite this crisis period.”