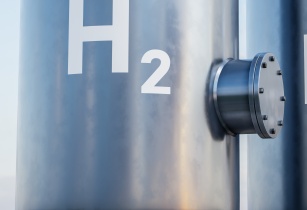 Ahead of Africa Oil Week (AOW) 2022, gold sponsor SNPC shared their thoughts on exploration and development of natural hydrogen in the Congo

The Société Nationale des Pétroles du Congo is carrying out an inventory of the databases of potential energy resources sheltering the Congolese subsoil to put in place a national strategy allowing the Republic to approach the problem of energy transition with dignity.

Among the energy resources inventoried to date, hydrogen figures prominently, which, depending on its energy potential, will play a very decisive role in the energy transition. The benefits of this include energy independence (electricity production and mobility), food self-sufficiency thanks to the local integration of an ammonia and methanol (H2->NH3->UREA) fertilising chain for the development of agriculture; attractiveness of the value chain thanks to an energy cost (US$0.5/kg);valuation of carbon credits; no environmental impact, and the development of jobs and specialised training in the field of natural hydrogen.

Fortunately, the joint studies carried out between the SNPC and its partners have highlighted the existence of favourable geological conditions for the genesis of natural hydrogen in the interior basin of the Congolese Cuvette.

These studies were strongly supported by the new high-resolution airborne geophysical acquisition of gravimetry, gradio-gravimetry and magnetometry in organised multiclient mode, financed by the SNPC carried out since 2020 by CGG/ Xcalibur and reinforced by the presence of the surface manifestations commonly called ‘circles of fairies’ such as encountered in Brazil and Russia where we note the presence of active dihydrogen systems.

These exciting observations created two major actions, namely the establishment of natural hydrogen exploration permits in the Interior Basin of the Congolese Cuvette, for which a permit is in the process of being awarded, and the implementation of a vast programme at the end of 2022 to install measurement sensors and geochemical sampling of natural hydrogen fumes in the Mboloko, Koba and Mbesse permits.

The launch of this preliminary study for the acquisition of field data, with an estimate of the hydrogen content in the soils of identified areas, will make it possible to confirm the existence of hydrogen systems and to assess the Congo's potential for natural hydrogen.

This campaign to install sensors and geochemical samples is intended to arouse more enthusiasm among companies to attract investment through the organisation of a bid round scheduled for the granting of licenses in 2023. The creation of this new hydrogen sector in the Republic of Congo will undoubtedly support the efforts of the government and the SNPC in terms of sustainable development and job creation, because hydrogen is positioned as a safe, clean and affordable energy to decarbonise all sectors of the global economy.