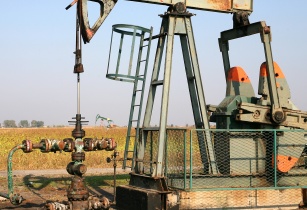 Reconnaissance Energy Africa has announced results of the Makandina 8-2 well, spudding of the Wisdom 5-1 well, results of the Phase 2 seismic programme and a new Environmental Compliance Certificate for up to an additional 1500 kms of seismic in Namibia

The Makandina 8-2 Well, which was spud on 25 June and reached total depth on 15 August, has further confirmed the presence of a working petroleum system at a location 6.5 kms and greater from previous wells. This well encountered intervals rich with gas (methane) and hydrocarbon gas liquids (HGL), specifically, ethane, butane and propane, as well as smaller quantities of heavier hydrocarbons. Hydrocarbon gas/HGLs were sampled in Isotubes during drilling and analysed by GeoMark Research (Houston, TX), revealing the presence of thermogenic hydrocarbons, which were generated from organic matter under high temperatures. Between the depths of 1300 m and 1335 m below surface, a significant proportion of these samples were HGLs. Additionally, hydrocarbon gases were recorded in various intervals between 838 m and 1807m, and between 1990m and 2058 m, the total depth of the well. Although geologically a successful well, economic accumulations of hydrocarbons were not encountered, very likely due to the absence of a trap or a four-way dip closure.

The company is currently building the access road and drilling pad for the next programmed well, the Wisdom 5-1 Well (previously referred to as the P 2-7), with the objective of spudding it by mid-December. The well will principally test stacked plays in a different part of the Karoo Rift Basin. This drilling location is controlled by three seismic lines which show that the targeted structure may extend 3 km in the strike direction. This roll-over structure (the target) lies in a deeper part of the rift basin. The main objective of this well is to penetrate an extended Karoo stratigraphy, comprising stacked source rock, reservoir, and trapping intervals. An additional objective is to penetrate the deeper Pre-Karoo once again, to test the source and reservoir intervals. In close proximity are other structures of interest, which could develop into a target rich exploration area, some reachable by deviating the 5-1 well.

The Phase 1 and Phase 2 seismic acquisition programmes comprise 497 linear kms and 761 linear kms respectively. They were acquired in 2021 and the first half of 2022 respectively. Data from both the programmes have been processed and an integrated interpretation is being finalised.

Thus far, interpretation of the final processed seismic data from the Phase 2 acquisition programme has produced a series of additional leads and potential drilling targets. These additional leads will considerably expand and diversify the company’s drilling prospect and lead portfolio. Within the greater Kavango Sedimentary Basin, the company has identified the 'Karoo Rift Basin' and the multiple leads and prospects associated with this extensional basin. Phase 2 seismic data show that the Karoo Rift Basin is composed of a number of sub-basins that should open up new plays within the context of the original exploration concepts.

In addition, the 2D seismic data also identified targets in the 'Damara Fold Belt', an extensive area of folded and faulted anticlines to the southwest of the Karoo Rift Basin, potentially serving as excellent structural and stratigraphic traps in the Pre-Karoo stratigraphy. Initially identified with the Phase 1 2D seismic data, the additional seismic data show an extensive area of compressional folded and faulted anticlines in the Pre Karoo, Damara Fold Belt, which extends across northern Namibia. These structures are exceptionally well imaged in the southwestern part of the greater Kavango Sedimentary Basin which is not overlayed by the Karoo Rift Basin. Pre-Karoo formations have been penetrated in each of the three wells drilled in PEL 73, including the 6-2 well which contained two intervals with significant oil shows and reservoir porosity. Augmenting the seismic data imaging, the outcrop data to the south and west show large exploration targets; anticlinal structures potentially hundreds of square kilometres in size, a significant portion of which could be under four-way dip closure.

Importantly, the Phase 2 seismic program was completed successfully on time. The health and safety statistics were also important: 180,000 person-hours, 600,000 vehicle kilometres, no injuries resulting in lost time and no injuries restricting work. Over 80% of manpower was from the local area as well as substantial services and goods being sourced locally.

ReconAfrica recently obtained an approved amendment to their Environmental Compliance Certificate from the Ministry of Environment, Forestry and Tourism to acquire up to an additional 1500 kms of 2D seismic data.