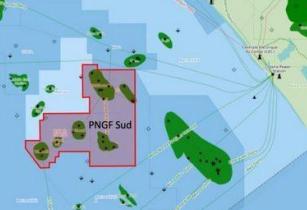 PetroNor holds an indirect ownership interest of 16.83% in PNGF Sud in Congo, which is the company’s core production licence. (Image Source: PetroNor E&P)

PetroNor’s December production was 5,1001 bopd. The improvement is driven by added capacity from the ongoing infill drilling programme on the PNGF Sud field complex which is achieving production levels not seen for over a decade.

Following initial success on the Litanzi Field, particular emphasis in the last quarter was on Tchibeli NE, where production was added from two wells in both the main Cenomanian reservoir and the newly discovered pre-salt Vanji reservoir late November, yielding production contribution to the quarter.

PetroNor holds an indirect ownership interest of 16.83% in PNGF Sud in Congo, which is the company’s core production licence. Total gross field production from this asset amounted to 23,9301 bopd in 2022, corresponding to an average working interest production to PetroNor of 4,030 bopd.

The next lifting has been agreed with the Djeno Terminal operator and is currently being scheduled at the end of January for approximately 317,000 bbls. The final lifting volume and realised selling price will be notified to the market immediately after it has been communicated to the company, normally a few days after lifting has been completed.

"We are pleased to finish 2022 with a strong operational performance and an exit production rate which bodes well for the start of 2023. The infill drilling programme continues to progress above expectations, including the recent addition of Tchibeli NE and its pre-salt discovery," said interim CEO Jens Pace.

The full account of production (including final allocation) will be presented in the interim report for the second half of the year.