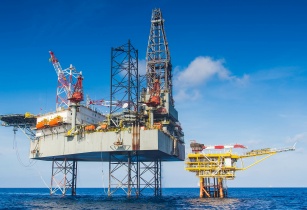 Production drilling at the Hibiscus Ruche Phase I development commenced in early January with first oil expected during March 2023, in line with previously communicated guidance. At the Tortue field installation of the new gas lift compressor is underway onboard the FPSO BW Adolo and is also progressing according to previously communicated plans.

John Hamilton, CEO of Panoro, commented, "The Hibiscus Ruche Phase I development is an important component of Panoro’s organic production growth outlook. With the production facilities and flowlines successfully installed, commencement of the Hibiscus Ruche Phase I production drilling programme in early January together with the imminent commissioning of the new gas lift compressor at the producing Tortue field keeps us on track to achieve our targeted 2023 peak rate of 12,500 barrels oil per day during the course of the year."

The Borr Norve jack-up drilling rig arrived on location in late December and spud the first production well, DHIBM-3H, during the first week of January. The well, targeting the regionally prolific Gamba sandstone reservoir on the Hibiscus field, is the first in a multi-well drilling campaign at the Hibiscus and Ruche fields which is expected to deliver on a gross basis approximately 30,000 bopd of new production when all wells are completed and onstream. Installation of flexible pipelines and risers, completing the 20 km connection between the BW MaBoMo production facility and the FPSO BW Adolo, has also been completed.

At the producing Tortue field, the new gas lift compressor unit to support production from the six existing Tortue wells was received onboard the BW Adolo in December with installation work ongoing. Final commissioning and start-up of the compressor is expected in the first quarter as guided.