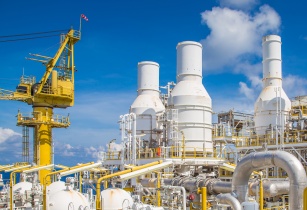 Earlier this month, global energy major ExxonMobil – under its affiliate, Esso Exploration Angola – announced a discovery in the Bavuza South-1 well in Block 15 offshore Angola, an accomplishment which is set to reawaken new investment in Angola’s upstream oil and gas market

Representing part of the energy major’s redevelopment plans for Block 15 – which currently serves as one of the longest-producing and most prolific blocks in Angola with potential recoverable resources of over four billion barrels of oil equivalent – which incorporates a multi-year drilling campaign, the discovery represents the first made in the country in 20 years. With the discovery, a wave of new investment and development is expected in Angola as explorers from across the regional and international landscape look to reveal similar finds to that of ExxonMobil’s.

However, the attractiveness of Angola’s upstream market comes not only from the discovery but from the government of Angola’s efforts to secure new investment via licensing rounds and the country’s premier event for the oil and gas industry: Angola Oil & Gas (AOG) 2022.

While the ExxonMobil discovery has been instrumental in demonstrating the potential of Angola’s hydrocarbon basins, a series of other exploration campaigns currently underway are set to unlock the country’s oil and gas sector even further. These campaigns, made possible by the government’s ambitious upstream agenda which saw the launch of a six-year licensing round in 2019, has not only laid the foundation for robust growth across the market but invited new players and investment into Angola.The most recent bid round – offering eight offshore blocks in the Lower Congo and Kwanza Basins – piqued the interest of a suite of explorers, with bids submitted by energy majors Eni, TotalEnergies, Equinor and more. Hoping to mirror the success of ExxonMobil’s most recent discovery, if approved, these projects could be instrumental in unlocking new investment in Angola’s hydrocarbons sector. According to the national regulator, the National Agency for Oil, Gas and Biofuels (ANPG), potential initial investment commitments are expected to reach US$58.6mn to ensure the execution of the minimum work programme with this round.

Reaffirming the country’s attractiveness as an upstream play, the ANPG has also been responsible for the launch of a revised Hydrocarbon Exploration Strategy 2020-2025 – centered on heightening research and evaluation activities in sedimentary basins, expanding geological knowledge of new and existing hydrocarbon reserves and successfully allocating oil concessions in line with Presidential Decree 51/29. During the 2020-2025 period, the strategy expects to mobilise US$850mn in upstream investment. Coupled with the licensing round, the strategy is expected to improve regional and international players' understanding of the market, thereby incentivising new investment and participation.

What’s more, the discovery could not come at a better time for Angola’s oil and gas industry. At the end of this month, the third edition of the AOG conference and exhibition – organised by Energy Capital & Power under the auspices of the Ministry of Mineral Resources, Petroleum and Gas of Angola - will take place in Luanda, Angola, uniting Angolan stakeholders, policymakers and companies with global investors and project developers. Under the theme, ‘Promoting an Inclusive, Attractive and Innovative Oil and Gas Industry in Angola,’ the event aims to unlock new investment across Angola’s upstream market in a bid to revitalise the sector and bring new supplies to a region in serious need of energy.

One of the central points of discussion at the event will be Angola’s rapidly expanding E&P market and the impact new discoveries will have on the wider economy. With a suite of exploration companies having already secured their participation at the event, AOG 2022 is set to lay the foundation for robust upstream growth on the back of aligned agendas and partnerships.