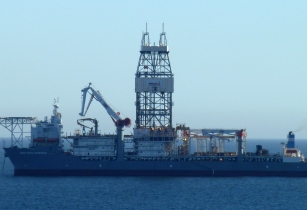 Eni has announced it completed today the sale of a 25 percent indirect interest in the natural gas-rich Area 4 of the Rovuma Basin to ExxonMobil Development Africa B.V

Eni revealed that the terms of the sale include a payment of US$2.8bn subject to a contractual adjustment until the date of closing.

The company said it will continue with the management the Coral South floating LNG project and all upstream operations in Area 4, while ExxonMobil will take control of the construction and operation of all future natural gas liquefaction and related facilities.

This operating model will enable the use of best practices and capabilities between Eni and ExxonMobil, with each company preserving the benefits of fully integrated projects.

The final investment decision for the Coral South FLNG Project, the first development of the considerable gas resources discovered by Eni in Area 4, was met in May 2017. This was only three years after the drilling of the final exploration well, in a country that is a newcomer to the global gas market.

The deepwater Area 4 discoveries contain around 85 trillion cubic feet (2,400bn c/um) of natural gas, which is expected to be the world’s biggest growing major fuel source, with Mozambique being well positioned to supply LNG customers around the world for the next 40 years and beyond.