Eco Atlantic to focus on oil prospects in Namibia 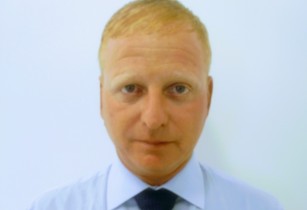 Eco Atlantic Oil CEO Gil Holzman is upbeat about the prospects for oil exploration and production in Namibia, praising the country as one of the best places in Africa in which to do business

In Namibia, Eco Atlantic holds a 32.5 per cent stake in license PEL0037, located offshore in the Walvis Basin and is the operator. Tullow Oil has farmed out 30 per cent of its 65 per cent operated interest the license to India's ONGC. Eco Atlantic's interests across four offshore petroleum licenses total approximately 25,000 sq km with more than 2.3bn barrels of prospective P50 resources in the Walvis and Lüderitz basins. These four licenses, Cooper, Guy, Sharon and Tamar, are being developed with partners, including Tullow Oil, AziNam and NAMCOR.

Speaking to Oil Review Africa, Mr Holzman said Eco Atlantic is focused on oil rather than gas in Namibia.

"With 2tcf of gas, it's more of a burden without proper infrastructure [and] its too small for LNG," he said. Instead, Eco Atlantic has been making investments, particularly in seismic data, while prices have been low during the downturn, as well as partners, such as AziNam helping to fund seismic activity. He said it has been a good time to invest, while the oil and service prices have remained low.

Now the oil price is stabilised at around US$50, now the industry is better suited to go into the second exploration cycle of Namibia," Mr Holzman told Oil Review Africa. "With offshore gas in Namibia, it is possible to break even at around US$30-US$35 oil. The royalties [to the Namibian government] are five per cent, the fiscal terms are really favourable. "

He praised the Namibian government for creating a fiscal and regulatory environment that makes it an easy country in which to do business.

"The Namibian government understands that it's a competitive market and they must compete with other governments - the minister and the head of NAMCO understand this perfectly," Mr Holzman said. "They really are a partner to the industry, the give extensions if they are required ... they share a lot of information."

"This is a new era for oil exploration in Namibia," he said, adding that it is a sign of confidence in the country's prospects that large companies such as ONGC and Tullow are investing. With Tullow on a March 2018 deadline to drill its first well, Mr Holzman expects increased activity for the Namibian hydrocarbons sector over the next 12 months, including farm-ins, farm-outs and M&A activity.