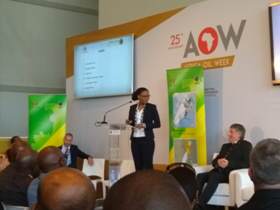 They are situated in two main basins; the coastal and culvette basins. Five blocks are located in the shallow, deep and ultra-deep areas, three onshore in the coastal basin and five in the culvette basin, covering Koba, Mbesse, Mboloko, Mboto and Ntsinga.

The coastal basin produces 350,000 bpd and is the third largest in sub-Saharan Africa.

Companies have until 30 June 2019 to submit their offers in Brazzaville. The results of the phase II licensing round will be awarded in September 2019.

Teresa Goma, director general, hydrocarbons also announced at the 25th African Oil Week the results of the phase I licensing round. Marine 21 was awarded to Kosmos, Marine 27 was awarded to Perenco and Marine 20 to Total.