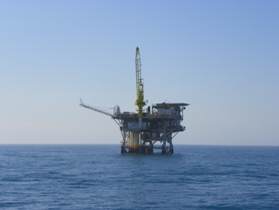 BP Egypt and Eni have announced another important gas discovery in the Baltim South Development Lease in the East Nile Delta, offshore Egypt

The Baltim SW-1 exploration well, drilled in water depth of 25 metres by operator IEOC (Eni), reached a total depth of 3,750 metres depth and penetrated approximately 62 metres of net gas pay in high quality Messinian sandstones. The discovery, which is located 12 km from shoreline, is a new accumulation along the same trend of the Nooros field discovered in July 2015, which is currently producing 65,000 boe/d. Further appraisal activities will be required to underpin the full resource potential of the discovery.

Eni said that the Baltim South West discovery, further confirms the significant  potential of the so called “Great Nooros Area”, which is now estimated to hold 70-80bn cubic metres of gas in place.

Hesham Mekawi, Regional President of BP North Africa, commented, “We are pleased with the results of the Baltim SW-1 well as it is the third discovery along the Nooros trend and confirms the great potential of the Messinian play and its significant upside in the area. Our plan is to utilise existing infrastructure which will accelerate the development of the discovery, and expedite early production start-up. This announcement is another example of BP’s commitment to unlock resources in order to bring critical gas production to Egypt.”

BP holds a 50 per cent stake in the Baltim South Development lease, and Eni, through its subsidiary IEOC, holds the remaining 50 per cent. The well was drilled by Petrobel, a joint venture between IEOC and the state partner Egyptian General Petroleum Corporation (EGPC).

BP is one of the largest foreign investors in Egypt with investments of approximately US$30bn. The company has made a series of discoveries in Egypt in recent years including Taurt North, Seth South and Salmon and Rahamat, Satis, Hodoa, Notus, Salamat and Atoll.

Eni has been present in Egypt since 1954, where it operates through IEOC Production BV. The equity production in the country in 2015 was 200,000 boe/d.

It is hoped that he exploitation of recent discoveries will play a significant role in meeting Egypt’s growing gas demand, which currently outpaces its production.