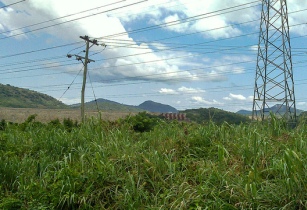 Chris Bredenhann, Africa advisory oil and gas leader, PwC, has called for African national oil companies (NOCs) to rethink their business models and strategies in order to avoid dependence on a single energy source and to rebalance budgets

The new era of lower-for-longer oil prices presents new challenges to NOCs with a disrupted market and a need for economies to look beyond oil and gas for revenue, according to Mr Bredenhann.

“Globally, the energy sector is experiencing significant change and upheaval. Whether it is in oil and gas or utilities, we are witnessing tectonic shifts in strategies, business models and ways of working,” he said.

He went on to say the challenges will be faced by new and emerging NOCs as they try to respond to demands placed on them by consumers, governments and NGOs, particularly in regard to mitigatong climate change and developing alternative sources of energy.

“Whether we are talking about fledgling NOCs with limited hydrocarbon resources or established NOCs sitting on large reserves, all of these companies will need to work out how to seize the opportunities emerging from this disruption,” Mr Bredenhann said. “After all, not only do African NOCs have to navigate this disruption and tackle the challenges of uncertainty, as do their international oil company (IOC) counterparts, but given their sovereign importance as nation builders they must also identify the future pathways to evolve.”

PwC has released  ‘The new Nation Builders: Creating the African national oil company (NOC) of the future’, a  paper which examines the challenges of disruption facing African NOCs, what it means for them and how they should position themselves for a sustainable future.

The report says that  in most cases, the new low oil price environment is likely to force governments to consider what the most appropriate mandate should be for an NOC. Some projects may not proceed as originally planned due to the lower oil price environment. This in, turn, would require NOCs to assess where their strengths lie and investigate potential new revenue streams.

Moving to a low carbon economy, meeting domestic power needs and developing storage and transport were all cited in the report as areas where NOCs could be well-positioned to increase revenue. It also reiterated the importance of leveraging digital technology during this period of transformation.