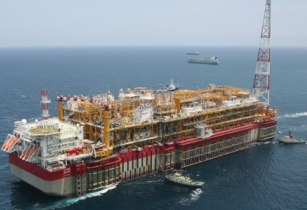 The global maintenance contract will see two Actemium business units, Actemium Oil and Gas Maintenance and PACE Nigeria, carrying out the maintenance on the Egina FPSO for five years

Total has awarded its global maintenance contract for the Egina FPSO in Nigeria to a consortium of two Actemium business units, Actemium Oil and Gas Maintenance and PACE Nigeria, Actemium being the Vinci Energies brand dedicated to industrial processes. Beginning in 2018, the contract will span five years.

Situated 130km off the Nigerian coastline, the Egina oil field is considered by Total to be a flagship project for the company. Following many years of collaboration between Actemium and Total in West Africa, Total recognised Actemium’s invaluable experience and know-how when it comes to multi-year, multidisciplinary Oil and Gas maintenance contracts in the region.

“Total awarding the Egina global maintenance contract to Actemium symbolises the strong commercial relationship cultivated over the years between the two companies”, said Jimmy Neron, Commercial Director at VINCI Energies Oil & Gas. The awarding of this contract is significant, in that it is forecast that once in operation, the Egina oil field will produce 200,000 barrels per day in 2018.

Actemium’s role in maintaining the Egina FPSO unit further increases Actemium’s presence in West Africa. Having signed contracts to maintain Angolan FPSOs on behalf of BP, as well as having recently announced the extension of the scope of its contract with Total to include both Girassol and Dalia FPSOs in Angola, Actemium will be present on five FPSOs in West Africa from 2018.

“We look forward to collaborating with Total on its flagship, state-of-the-art Egina project. This is sure to further solidify Actemium’s position as a major player in offshore maintenance in West Africa”, Jimmy Neron added.