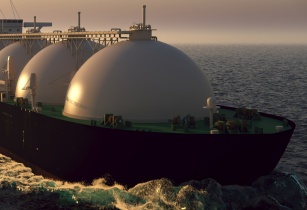 It was sponsored by the SNPC, Centurion Law Group and Golar LNG, and featured high-level discussions and networking sessions highlighting the vast opportunities across the Republic of Congo’s energy landscape.

Bruno Jean-Reichard Itoua, president of OPEC and Minister of Hydrocarbons for the Republic of the Congo, provided a detailed overview of the central African country’s oil and gas industry. “We are expecting good results for the end of this year and for next year, and my commitment at the moment is that, based on any license, any well, oil must be produced,” he said.

Itoua went on to discuss the prospect of gas in the Republic of the Congo, indicating that the future of the country will be based on its production and exportation, describing the resource as a prime opportunity for investors to engage with Africa and support the continent’s energy transition.

The session also featured a presentation by upstream oil projects coordinator at SNPC on the country’s Gas Master Plan, where Odifax Loko discussed how the Republic of the Congo can optimise its gas potential and revitalise its hydrocarbon sector by taking advantage of the country’s 10 tn cu/ft of natural gas reserves for exports and value creation while powering its domestic market and industrial development. “The Master Plan’s purpose is to diversify the economy and resolve social issues. It will bring an integrated institution – buying gas from the producers and selling it at the best price to those who end up with the product,” said Loko.

During a panel discussion, guest speaker, Richard Moulet, manager partner for Congo at law firm, Sutter & Pearce, addressed how the country can improve its measured ranking in governance, business creation, access to land, cross-border operations, and access to credit indices.

“Gas is taken into consideration based on two aspects of production. Natural gas and associated gas and at present, we will need a project – one that can be approved by law – that will take advantage of both aspects,” said Moulet.

Additionally, independent oil and gas exploration company, Petronor E&P’s chairman, Eyas Alhomouz, closed the session by divulging the company’s operational experience in the Republic of the Congo, highlighting human capital as one of the most important aspects of doing business in Africa.