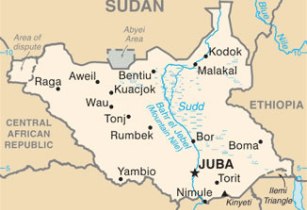 Held in Juba on 11-12 October 2017, the conference was commissioned and endorsed by the Ministry of Petroleum of South Sudan, and was due to feature H.E. Gen. Salva Kiir, President of South Sudan as a keynote speaker, but he did not attend

Reuters reported that the conference failed to attract prospective investors from the biggest global energy companies. However, smaller companies turned out to learn more about possible opportunities in the country's hydrocarbons sector. South Sudan has 3.5bn barrels of oil and 3 tcf of natural gas in proven reserves, and is seen by companies as one of the last frontiers in energy exploration in sub-Saharan Africa.

The 2013 South Sudanese civil war put off an exploration deal by Exxon Mobil, and Total put its plans on hold until the political uncertainties recoiled. Since 2013, oil production has fallen to around 30 per cent of its pre-war peak.

According to the South Sudanese government, Total is still interested in developing two oil blocks in the country but did not send a representative to the conference.

“The elephant in the room is still the crisis,” said NJ Ayuk, chief executive of Centurion Law Group, an African energy-focused firm. “Everybody was in love with South Sudan, everybody was hopeful and wanted to help."

Despite Mr Ayuk's comments, second vice-president James Wani Igga, standing in for President Salva Kiir, remained optimistic and told the conference that South Sudan “is emerging as a powerful nation with a world-class oil industry”.

Meanwhile, Aydanur Akkurt, from Africa Branding, the event organiser, described the event as a "full success".

"There were more than 400 people and the room only seated 300, and organisers had to accommodate people in the networking area," she told Oil Review Africa. "There were international companies who actually attended the event ... except Total."