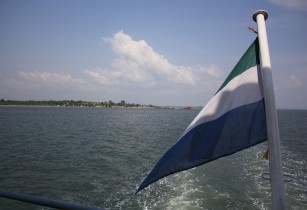 Bids will be accepted between 15 January 2018 and 31 May 2018 for shallow and deepwater blocks which have not yet been developed.

3D seismic data will be available. In March this year, the Petroleum Directorate took ownership of its data and data centres have been set up in Freetown and at Getech's offices in London. The London centre will open in January 2018. Getech is a technical partner for the directorate.

"We are currently formulating our plans and would welcome input from interested companies," Mr Kargbo told delegates. "Sierra Leone is a good exploration opportunity - we have favourable legal, regulatory and political framework and we are politically stable."

In his address, Mr Kargbo outlined the history of hydrocarbons exploration in Sierra Leone. While describing Sierra Leone as a "frontier state" and "the new kid on the block", the first exploration took place in the west African country in 1982 by Mobil and 1985 by Amoco to less than 100m depth. He went on to say that in 2000-2001, 2D seismic results were promising and the first bidding round was held in 2003 for four exploration blocks. In 2004, a second round was held with one block and 3D data awarded to Repsol. An additional block was awarded in 2006 via direct negotiation, and in 2012, eight blocks were awarded in the third licensing round.

Six wells were drilled between 2009 and 2013 with four discoveries made. Mr Kargbo described this as a "significant geological success". A number of agreements were terminated in 2015 after a lack of activity.