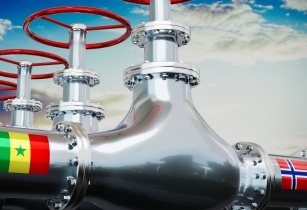 As one of the exciting offshore plays on the African continent, Senegal has emerged in recent years with giant discoveries in both oil and gas that are set to come online from 2023, completely transforming the country’s economic landscape

“We will start in 2023 with gas production. There will also be exportation – some of it will be used for agriculture, pharmaceutical products, fertiliser and so on. This is part of the Emerging Senegal Plan...Studies are also underway for the rapid construction of a gas pipeline from Nigeria and Morocco through Senegal, which will allow us to beneficiate the value on the continent. Apart from these gas and oil projects, we have quality energy and stable energy at a reasonable price. That will allow us to create many industries and jobs so we can employ our youth,” said Sophie Gladima, Minister of Petroleum and Energies of Senegal, while delivering the keynote address at the African Energy Week 2022 in Cape Town.

Following the discovery of more than 1 bn barrels of oil and 120 tn cu/ft of natural gas offshore Senegal and Mauritania since 2014, a number of major projects underway in Senegal are set to transform the West African country’s economy over the next five years and put it on the map as a major new hydrocarbon-producing nation. They include the Sangomar Field Development – Senegal’s first oil project on track for first oil in 2023 – and the Greater Tortue Ahmeyim (GTA) gas project on the maritime border of Mauritania and Senegal.

“Senegal has a proven petroleum system with multiple source rocks. We have two major deepwater discoveries underway. With Petrosen, we have put together the geological story,” said Beall. “We believe that onshore gas can be developed. We have a great platform to build from and are in a position to drill and now provide for the 150 mn cu/ft of day that is our installed market onshore in Senegal, waiting for gas. Even our coal plants are dual-engine and could be using gas. We need your investment.”

From the outset, Senegal has made it clear that its vast hydrocarbon resources will be used to fast-track socioeconomic development through both the export of gas to electricity-deficient countries in the region, as well as the creation of a domestic electricity market, with a view to reaching universal energy access by 2025. For African countries endowed with both hydrocarbon and renewable resources, Senegal’s diversified energy mix can serve as a model compared to other, single resource-centric economies.

“Senegal has decided to maximise its electricity production from natural gas,” said Gladima. “This production of electricity from gas will allow us to reduce costs. Natural gas has long-played a role in reducing carbon emissions, as well as costs less than coal and oil. This will help to reduce greenhouse gas effects, so that there will be cleaner technologies like hydrogen and biogas.”

Meanwhile, Senegal has implemented robust legal requirements for oil companies to make use of local personnel and suppliers, with a view to ensuring that Senegal’s oil and gas revenues are shared in a transparent and equitable manner. In addition to bringing first gas developments online from 2023 onward, Senegal is seeking to develop new industries linked to hydrocarbons such as petrochemicals, pharmaceuticals and fertilisers, along with a broad utilisation of gas-to-power projects that can lower the costs of production.