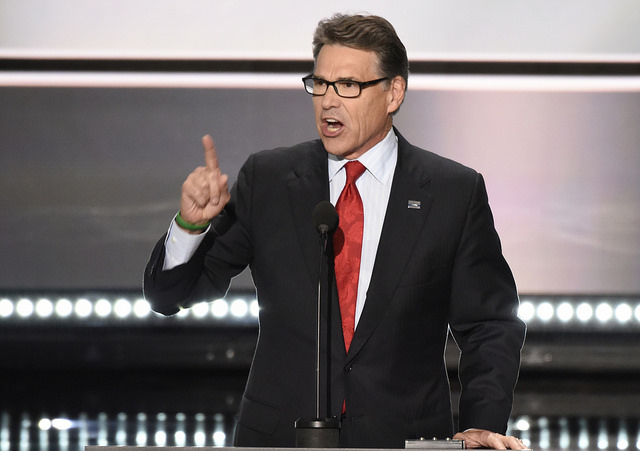 US Secretary of Energy Rick Perry will be travelling to South Africa for Africa Oil Week, which opens in Cape Town on 23 October

Secretary Perry will be speaking about US oil and gas development and will highlight the Department of Energy's (DOE) work on bilateral energy partnerships with African countries. He will be delivering a keynote address on global energy policy.

"I look forward to working discussions with our allies in Soith Africa and across the continent to advance mutually beneficial safe and sustainable energy development," he said in a statement.

In addition to the appearance of Secretary Perry is the new 2017 keynote speaker, Alex Epstein. He is an American energy theorist and author of the best-selling 2014 book, The Moral Case for Fossil Fuels. This will be his first time attending the event.Epstein is the founder and President of the Center for Industrial Progress, a think tank based in San Diego. Epstein will take part in a debate called 'Phasing Out Fossil Fuels: The Moral Case' against Charlotte Aubin, President of GreenWish Partners SAS, moderated by BBC Nigeria correspondent Didi Akinyelure.

In addition to Alex Epstein's keynote speech, both Ministerial and Government panel discussions shall take place, with oil and gas ministers from Egypt, Angola, Equatorial Guinea, Côte d’Ivoire, South Africa, Republic of Congo and Namibia set to present. The Government panel discussion shall bring together top-level state officials from Nigeria, The Gambia, Ethiopia and the Seychelles.

Mali's top officials will be promoting it's promising oil landscape at a session entitled 'Oil exploration in Mali and attracting investors.' Organisers of the event have described this as a 'must-attend' for those interested in learning more about Mali's oil potential.

The Côte d’Ivoire Roadshow will offer first-hand information on E&P and licensing round opportunties from the country's Minister of Petroleum, Energy and Development of Renewable Energy, the Ministry Chief of Staff in Charge of Petroleum from the Ministry of Oil and Energy, and senior managers from Petroci, Côte d’Ivoire’s national oil company.

For more E&P information, ‘Future Friday’ is a whole day of sessions on the future landscape of exploration and production in Africa. For 2017, the focus is on the ways in which technology will change E&P activity in Africa, as well as future challenges and predictions and more.