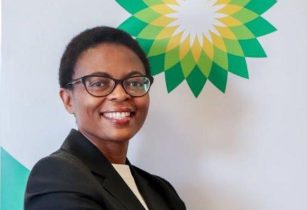 Prischillah Mabelane becomes the first woman in southern Africa to head a multi-national oil company, as BP announces her appointment as the new CEO of Southern Africa, effective from 1 September

Ms Mabelane has been with BP since 2011, joining in 2011 as CFO for the southern African operations. She most recently worked as operations director for BP's UK retail business. Prior to joining BP, Ms Mabelane held multiple senior executive roles in South Africa, including Airports Company, where she was CFO; Ernst & Young where she was tax director; and Eksom Holdings, where she held various roles in finance, tax and general management.

She replaces Daniel Odogwu, who was BP Southern Africa's CEO from January 2014.

The South African Minister of Energy, Mmamoloko Kubayi welcomed Ms Mabelane's appointment, saying it comes at a time when the department is focused on transforming the energy sector.

"I look forward to her interaction and contribution to the programmes that promote radical socio-economic transformation within the energy sector," said Ms Kubayi.