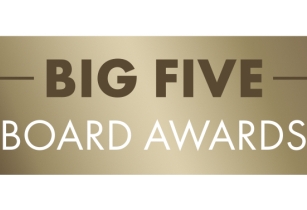 Africa Petroleum Club is to host the Big Five Board Awards with Oil Review Africa as lead media partner on 16 November 2017 at the Royal Institute in London, aiming to highlight personal and corporate achievements in the petroleum sector

The annual Big Five Board Awards historically awarded at the Africa Oil Week event since 1997. With more than 100 recipients, the event is expected to create a major networking opportunities for Africa’s leading oil and gas companies at its 21st year.

According to Africa Petroleum Club, the aim of the event is to create a platform that will enable both the individual and corporate members to access a global network of senior oil and gas executives for the development of Africa's upstream sector.

The award ceremony will feature Brian Maxted, chief exploration officer, director and founding partner of Kosmos Energy, one of the leading oil and gas exploration and production company focused on frontier and emerging areas along the Atlantic Margin, as the guest speaker of the event.