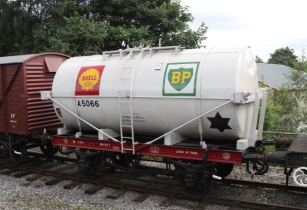 On 1 November 2016, BP and Shell, released their Q3 for 2016. Shell saw a 17 per cent spike in profits after the acquistion of BG Group in February 2016 and huge cost cutting measures that were implented earlier in the year. However, BP have seen their profits nearly halved since last year, continuing to struggle with the oil price.

Shell acquired BG Group in early 2016 for US$35 bn, which was a factor in their increased production levels in the latter half of 2016, which, according to the International Business Times, more than offset the expenses related to the consolidation of the BG Group.

Ben van Beurden, CEO of Royal Dutch Shell, said, “The integration of BG has been completed ahead of schedule and it has been an important catalyst for the ‘significant and lasting changes’ the company aims to achieve.”

In addition to the successful acquistion, Shell announced plans in early 2016 to cut approximately 20 per cent of its work force due to the drop in oil price, as well as closing three offices based in the United Kingdom.

However, BP have been affected more by the oil price drop. According to the BBC, BP was affected by a ‘weaker price and margin environment’.

“We remain on track to rebalance organic cash flows next year at US$50 to US$55 a barrel, underpinned by continued strong operating reliability and momentum in resetting costs and capital spending. At the same time, we are investing in the projects, businesses and options to deliver growth in the years ahead.”