Mixed outlook for Nigerian oil and gas at IP Week 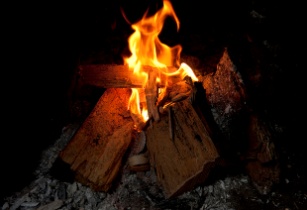 The outlook for Nigeria, Africa's biggest oil producer, is mixed, according to speakers at IP Week, held this week in London

In a presentation focused on ensuring improved access to energy across Africa, Tayo Ariyo, new business development manager, Sub-Saharan Africa, for Shell, shared the positive case study of Nigeria's Afam Power Plant, a domestic gas-to-power operation that supplies 18 per cent of Nigeria'a grid electricity. Additionally, Ms Ariyo said that Forcados Yokri and Southern Swamp integrated gas-to-power projects are under construction. Projects such as these will reduce reliance on biomass fuels, which are inefficient, unreliable in supply, and dangerous.

In a broad-ranging presentation on making Africa more attractive to investors, Ogan Kose, managing director with Accenture's strategy consulting practice and Trading, Valuation and Optimisation group, said that if progress is made on a large number of projects across multiple African countries, this will impact on Nigeria as well as Angola. Currently, these two countries produce around 80 per cent of the continent's fossil fuels but this will decrease as the African oil and gas market becomes more fragmented.

Pade Durotoye, CEO, Oando Energy Resources, started his presentation with the bad news about the Nigerian economy. This included the devaluation of the naira, GDP growth falling by 1.55 per cent, inflation up at 18.4 per cent, and unemployment running at 32.6 per cent.

Mr Durotoye then went on to outline the challenges in in all sectors of the Nigerian oil and gas industry. For upstream, he said the "crash in oil prices", bunkering and pipeline vandalism, joint venture fuinding challenges, and an unstable fiscal environment were serious issues. However, he added that pipeline vandalism is not as big a problem as it used to be.

Gas pricing, inadequate gas logistics infrastructure and the need for more gas-to-power solutions were cited by Mr Durotoye as challenges for the midstream sector.

For downstream, he said subsidies, "sub-optimal refineries", "a dearth of infrastructure" and forex challenges were the major obstacles.

Maintenance is another issue that needs to be addressed, according to Mr Durotoye.

"We are using assets for twice as long as we should ... infrastructure is not being used to its full capacity ... [and the NNPC is] reluctant to look at the whole economy," he said.

Mr Durotoye's address reflected the view at IP Week that 2017 should be used as a time to resolve issues, push legislative reform and encourage the NNPC to decouple from the industry. He urged a passing of the PIB as a priority for 2017.

"Nigeria is the land of promise that keeps promising," observed Mr Durotoye. "We need to get gas pricing right - until then, we will struggle to capitalise."

Upstream, Mr Durotoye recommends decoupling petroleum products from government intervention, saying this "needs political will" and that the days of "paternalistic government are over".

On a more optimistic note, he said the "reason why we get up and go to work is because we believe that in our lifetimes, we can fix it". Rather than waiting for all the issues to be resolved, Mr Durotoye said it is important to invest now, while projects such as deregulating refineries and liberating the forex market are still works in progress.

He said Nigeria is "on the right path [so] let's start talking it up now".