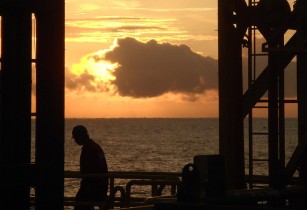 The concept of investing in training and education for local people across African oil and gas markets as part of CSR programmes was flagged up by multiple speakers. Antonella Caruso, vice president, education and training, Eni Corporate University, spoke about the company's work in Mozambique, which includes funding for hospitals, ambulances, prenatal care and doctor training as part of the company's CSR, as well as investing in long-term training partnerships, and engaging with students from primary school as well as secondary school and universities.

"If we work together, there will be enough wealth for everybody," she said. Her colleague, Massimiliano Valenti, vice president, human resources, Eni Mozambique reiterated this statement when he outlined the company's work with graduates in the east African country. He said that the company works with Mozambican graduates to offer theoretical and on-the-job training and provide genuine career paths.

"Not all experiences are positive but around 90 to 95 per cent of cases are successful so we will continue to promote this type of path," said Valenti. When asked if Eni's training budget had been squeezed due to the low oil price scenario, Valenti responded that "adapting is not the same as squeezing" and "opportunities to collaborate", such as public-private partnerships "driven by local authorities" have ensured staff training has continued in Mozambique.

Dr Kofi Kodua Sarpong, CEO of Ghana National Petroleum Company (GNPC), also promoted the CSR narrative in terms of training for local people: "We are mindful of the fact that our people do not have the resources to pay their way through [higher education for oil and gas industry jobs]. For me, it's important that some funding support is arranged - it is part of our CSR to support people with skills training."

The availability of jobs is also important, according to Dr Sarpong, and he said this means not just thinking at a country level but collaborating with neighbouring African countries to help solve skills shortages. He cited the example of an oversupply of geologists in Ghana who could be employed in countries such as Uganda, Senegal and Mauritania to work on exploration projects.

The importance of companies providing information to governments about their skills requirements was raised by Gilberto Botas, chairman of the National Authority of Professional Education, Mozambique (ANEP). While he conceded that companies are not always forthcoming with such information, he said it does help governments to plan and ensure local people are trained in appropriate skills to match job vacancies. He said the hydrocarbons ministry in Mozambique opened a Centre of Excellence for Oil and Gas whereby engineers can be trained to meet the country's social responsibility goals.

Bernard Ongodia, head of the national content unit, Directorate of Petroleum, Ministry of Energy & Minerals Development Uganda, said that involving universities in R&D projects is important, as well as working towards procuring more local companies in the supply chain. However, it was pointed out by Josephine Wapakabulo, CEO of UNOC, that often there is a gap between the standards of local suppliers and the requirements of oil and gas companies in terms of scale of work and quality. She emphasised the importance of "the right journey" and for local suppliers to work as "commercial entities" and be "aware of quality standards" so that they can compete for contracts on an equal footing with international suppliers.

Manuela Coelho, director of Angolanisation for the Ministry of Petroleum Angola told the conference that "value training is important" across all segments of the hydrocarbons industry. Despite massive layoffs, Coelho said that 15 people had been trained in the downstream sector, as well as maintaining 1,000 workers in gas. Additionally, Angola's Instituto Nacional de Petroleos (INP), is training 13,000 people. A strategy of redeployment during the downturn, particularly for people with transferable skills for the mining and education sectors, is another way Angola is seeking to maintain local jobs.