‘Local companies can play a key role in energy transition’ 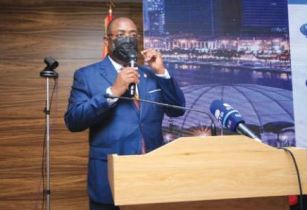 From 23-25 November, the main AOTC conference programme addressed the fundamental issues affecting Angola’s oil and gas industries moving ahead. The opening session discussed the crucial issue of energy transition and its need ‘to be harmonised’ with the oil sector

Speaking on the sidelines of Angola Oil and Gas Service and Technology Conference (AOTC), the Angolan Oil & Gas Service Companies Association (AECIPA) president and chairman of AOTC Bráulio de Brito said that the conference focused on local content and how this can add more value to the economic diversification as well as socio-economic development in Angola.

Brito also spoke about the challenges faced by Angola’s oil and gas sector. According to him, the management of COVID-19 and the obstacles that it created for the southern African nation as well as for other neighbouring countries is the crucial one as Angola has to heavily depend on the import of materials for the oil and gas sector.

Local companies can play a fundamental role in combating greenhouse gas emissions, he explained. According to him, local companies can bring cutting-edge technological advancements in the market which, ultimately, can ensure efficient production with less environmental impact.