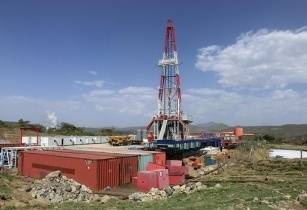 Kenya will host the fourth edition of the Eastern Africa Oil, Gas & Energy Conference from 18 to 20 June in Nairobi

The show will attempt to provide insights in the oil opportunities, acreage, key players, corporate and government strategies in the East African region, which has shown tremendous onshore and offshore oil potential in recent times.

The meeting will highlight presentations of CEO’s, government officials, ministers and key executives from within leading corporate and state oil companies.

Clarke said, “More discoveries in the region will add substantial net wealth to eastern ’s littoral states where they are located, and induce higher economic growth rates and regional development.”

Eastern Africa has been transformed into a fast-emerging oil and gas frontier region. Increasing numbers of companies have entered open acreage and bid rounds, and more blocks have been leased than ever before, with more drilling commitments concluded. Foreign state-owned companies like CNOOC and PTTEP have invested in eastern Africa, while Total, ExxonMobil, Chevron, Shell and BP have shown renewed interest.