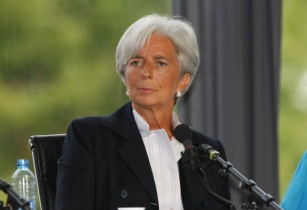 The International Monetary Fund's (IMF) Managing Director Christine Lagarde concluded her meeting with the Heads of States from Central Africa after discussing the turbulent times that their economies have suffered, with a multitude of issues from security to commodity prices heavily affecting the development of these nations

At the end of 2016, Managing Director of the International Monetary Fund (IMF), Christine Lagarde concluded her meeting with the Heads of State of the six Central African Economic and Monetary Community members. They concluded their meeting, held in Yaoundé, the capital of Cameroon, on 23 December.

Lagarde stated in a released statement: "We discussed the economic impact on the six Central African Economic and Monetary Community (CEMAC) economies of the severe shocks that have hit the region in recent years. A sharp decline in commodity prices, in particular of oil, as well as security threats and civil unrest in the Central African Republic have profoundly impacted the region’s external and fiscal balances."

“Addressing the current regional imbalances requires a strong and coordinated policy response. I encouraged CEMAC leaders to intensify their collaboration to design and implement the economic reforms needed to reestablish macroeconomic stability in each country and the region as a whole," Lagarde continued.

CEMAC growth slowed significantly from 4.9 per cent in 2014 to 1.6 per cent in 2015 and 1.9 per cent in 2016. The oil price shock is regarded as a significant factor in this decline. The addition of security breaches, civil unrest and terrorism continue to suffocate the potential economic growth of the region. However, the IMF estimate that 2017 should see a good recovery with 3.5 per cent GDP growth predicted across the CEMAC economies.

“The IMF stands ready to work closely with all governments in the region to help them during this challenging period. We will continue to support CEMAC countries as well as the regional institutions, including through capacity development to the CEMAC Commission, the BEAC, and the COBAC in the areas of public finance management and monetary policy," Lagarde concluded.