"Guinea is open for business": ONAP CEO calls for oil and gas training and E&P investment 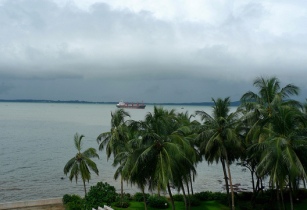 "Globally, Guinea is open to all partners and to anyone interested in working with us in our country," Koulibaly told the Getenergy Global oil and gas local content event, held this week in London. He said Guinea's oil and gas industry "draws on experiences from other countries [and is prepared to] work with international partners to achieve this." In particular, Guinea is looking for partners to collaborate on E&P projects, and in the training of local people.

ONAP was launched in January 2016 and Koulibaly said its plan of action includes strong partnerships, such as the one it has formed with IFP, the French oil and gas training institute.

A seismic library is being established by ONAP so that Guinea's domestic seismic structures can be better understood. Koulibaly said this is still under construction, but more precise results are required as researchers have been working with older instruments. However, Koulibaly is optimistic about a partnerships with Schlumberger and TGS to improve the quality of seismic acquisitions.

Koulibaly told the conference that the first well in Guinea is expected to be drilled next month.