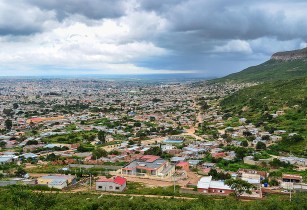 The minister of petroleum of the Republic of Angola, Joao Baptista Borges, joined the discussion, which was co-hosted by the US Department of State’s Special Envoy and Coordinator for International Energy Affairs, Amos J Hochstein, and the US Department of Energy’s Assistant Secretary for Fossil Energy, Christopher.

The US and Angolan delegations assessed progress made in the bilateral relationship in the energy sector, following on from the strategic energy dialogue that took place in August 2011.

The discussion highlighted the need for regulatory changes in the energy sector as well as the importance of creating a positive business climate to draw in more private investment to Angola.

The US and Angolan delegations concluded the dialogue by reaffirming their joint commitment to this key area of cooperation and mutual interest.