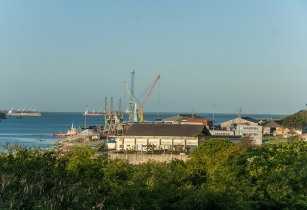 Norwell Engineering, an Aberdeen-based oil and gas drilling company, is looking into rolling out its online training programme to the emerging markets in East Africa

The company's announcement comes ahead of a Scottish Development International (SDI) trade delegation to Uganda and Tanzania, which is taking place this weekend. Representatives from Norwell will be meeting with Ugandan and Tanzanian government officials, universities, IOCs and NOCs during a nine-day visit to the region. The SDI delegation will be meeting with these major players in conjunction with the UK Department for International Trade.

EDGE, Norwell's online training programme is aimed at the upstream oil and gas sector and Mike Adams, the company's new ventures manager, says the time is right to roll the programme out in East Africa: "We have seen first-hand the need to improve training opportunities for oil and gas personnel around the world - this is especially the case in emerging markets such as Uganda and Tanzania where improving affordable access to the best industry training, without people having to leave their home country, would have a major positive impact."

The oil and gas industries of Uganda and Tanzania are experiencing a period of growth and development. Uganda has announced plans to drill 400 wells and build a US$3.55bn 1,700km heated pipeline that will run to the Tanzanian coast, as well as to a refinery and an airport. An industrial zone for Kampala, the Ugandan capital, is also planned. Meanwhile, in Tanzania, offshore drilling is scheduled to commence as soon as LNG plants and associated infrastructure are completed. This includes a $2bn development in Tanga Port where the heated pipeline will end.