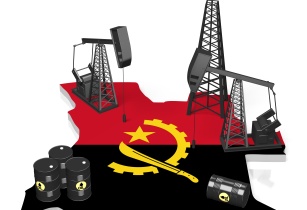 With a total oil output of 1.17mn barrels in August, according to the Organisation of Petroleum Exporting Countries (OPEC), Angola has retained Africa’s biggest oil producer status since May and, with the country strongly expanding its natural gas production, is set to shape the global energy transition. However, the southern African country’s refining capability remains way below its domestic consumption with over US$2bn spent on petroleum imports to meet local demand per annum. Massive investments in upstream, midstream and downstream activities and in infrastructure rollout, including refineries, and further reforms to existing policies and fiscal terms is therefore essential to maximise exploration and production of the country’s vast yet untapped hydrocarbon resources to ensure fuel self-sufficiency.

With major downstream projects, such as upgrades to the existing Luanda refinery and the development of three new refineries in Soyo, Cabinda and Lobito underway, improved use of public-private partnerships is crucial for the country to gather the massive capital required to accelerate and complete projects deployment.

During a panel discussion, exploring investment opportunities across the Angolan energy market, held at the African Energy Week conference in Cape Town, Osvaldo A. Inácio, executive board member at Sonangol, said, “In 2021, we secured 4.2mn tons of refined products to meet local demand. Angola has been importing a lot of refined products and we want to change that. The three new refineries will be a game changer and will add 450,000 barrels of energy per day. We are looking for investors interested in joining us and we are grabbing partners as we go because the country really can’t wait any longer. We had a good conversation with Afreximbank about financing partnership.”

The continued modernisation of the regime which includes reductions in petroleum taxes for market players and the creation of the Agency for Private Investment and Promotion of Exportations in 2018 is a huge testimony of the government’s commitment to attract more foreign direct investment and accelerate private sector participation to make the journey to fuel self-sufficiency shorter. Moreover, the Angolan government’s stance of leveraging financing cooperation with regional governments to accelerate the rollout of midstream and downstream infrastructure could be a game changer – having signed a Memorandum of Understanding with Zambia to cooperate on the Lobito Refinery project in April, and implementing a feasibility study for the two countries to jointly develop the Angola/Zambia Oil Pipeline.

Furthermore, Angola’s joining of the Extractive Industries Transparency Initiative in June will not only enable the country to reinforce anti-corruption efforts, reform the operations of national oil and gas agencies but will also improve the business environment and investment climate and, in the process, attract private sector investments required to maximise operations across the entire oil and gas value chain for the country to ensure fuel self-sufficiency.

In addition, by addressing delays previously incurred in signing and renewing exploration and production contracts, and by optimising local content requirements, Angola is set to see an influx in oil and gas companies and upstream investments and be able to achieve fuel self-sufficiency.

Moreover, with the Agência Nacional do Petróleo, Gás (ANPG) set to grant licenses in onshore and in interior basins to 12 blocks in 2023 and auction more than 11 blocks in pre-salt fields in 2025, Angola is set to become an exploration hub and will be able to increase energy production to meet growing local demand as output is currently being disrupted by natural declines in legacy projects despite the country becoming Africa’s largest oil producer.