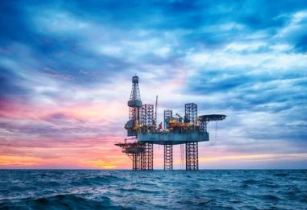 With climate change comprising one the world’s most pressing and impactful challenges, the need to significantly reduce greenhouse gas emissions and global temperatures has led to IOCs reexamining their future energy strategies. Accordingly, there have been numerous commitments made by IOCs globally to transition to cleaner fuel sources, decarbonise hydrocarbon projects and mitigate climate change.

“Our carbon intensity is significantly lower, and we are committed to lowering it even further. Our Angola production is about the industry average, 17 kg per barrel produced, and it is likely to increase as production begins to diminish from some of our assets. The challenges are within our mature assets. There is an increase in carbon intensity regarding production, and it is extremely important for us to address this.”

Providing insight into Equinor’s history in Angola, current activities and future commitments with regards to exploration and the energy transition, McCafferty emphasised the role exploration will continue to play in Angola’s energy future.

“We have illustrated that we believe exploration has a role to play in Angola and within the context of the energy transition. We intend to be present in Angola moving forward. Our purpose is important to the country, turning natural resources into energy for people and progress for society. This purpose drives everything we do as a company. We are changing because we feel there is an opportunity to create value from the energy transition.”