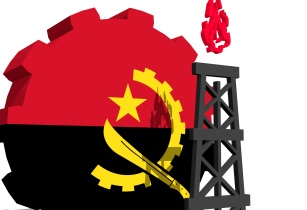 As one of the most important undercurrents of the Angolan oil and gas industry, local content and its challenges and opportunities will be unpacked at the upcoming Angola Oil & Gas (AOG) 2022 conference in Luanda (November 29 – December 1

Taking place on day two, the dedicated panel will delineate strategies for the Angolanisation of the local energy industry and the implications for all stakeholders in the sector, from international oil companies to national players and public enterprises.

The most recent amendment to Angola’s local content policy (LCP) came in October 2020 with the adoption of Presidential Decree No. 271/20. Among other provisions, the new Legal Framework for the Promotion of Local Content outlines that its requirements will no longer be limited to oil and gas companies alone, but applicable to all companies in the business of supplying goods and services to Angola’s oil and gas industry. The decree also provides a more robust definition as to what constitutes a 'national company'. Panelists will evaluate the efficacy of Angola’s current LCP, how it compares with neighbouring countries and how it can be matched by sufficient compliance and enforcement.

Within Angola’s upstream sector, local explorers are playing a more dominant role in the country’s ambition to stabilise its production around 1.3 mn bpd, on the back of heightened exploration of untapped, underexplored reserves. Somoil, the largest Angolan privately-held oil company in the country, is at the forefront of increasing output from its onshore and shallow-water assets and recently was awarded two blocks in the 2021 bid round. ACREP is another local upstream player who is seeking to grow its onshore assets, having invested over US$80mn in exploration activities to date.

As part of its promotion of local content, the Angolan government is aiming to retain at least 10% of the value of goods and services in-country, which can be achieved through emerging industries in refining, petrochemicals, manufacturing, transportation, services and logistics. These priority sectors for national diversification represent strategic opportunities to engage with local companies from the ground up, creating both backward linkages in generating employment and a skilled labour force, and forward linkages in the creation of value-added industries and services.

AOG 2022 will also highlight key initiatives undertaken by both the public and private sector to train, up-skill and re-skill the local workforce. Transfer of skills, knowledge and technology, along with improved access to financing by local SMEs, remain critical to fulfilling Angola’s local content objectives. That being said, Angola is one of Africa’s largest and most historic oil producers and is home to the human capital and resources needed to fulfill its energy sector ambitions, as demonstrated by rising indigenous participation within the industry.