Angola’s mature as well as new assets can drive investments 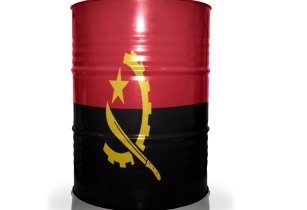 Commenting on investment opportunities across the country’s energy spectrum and why investors should flock to Angola, Chittargueleca said, “We have mature and high prospective assets, a stable political environment and a lot of experienced companies that are still there. With our mature assets we can still create value for both the country and investors. We also have a lot of potential for new assets and for investors interested in renewables with the country increasing renewables deployment.”

Inacio added, “Angola’s business environment is open and stable. A good testament of this is Somoil, which is a relatively small firm but making very good strides and Chevron which has managed to remain in the country for decades because of reliable partners, the country’s expanding potential and favourable policies.”

Commenting on why Angola remains a main focus for Chevron after 60 years of operations, Lacoble said, “Angola still has resources to be added, to be found and being developed in a stable environment. The availability of infrastructure enables resources to be brought onto the market quickly and easily. The current fiscal terms have made business more easy and transparent as the negotiation requirements to acquire and operate blocks are now easy.”

Speaking about why Afentra is seeking to expand operations in Angola, Clorke said, “There is a lot to play with in the country. Angola represents the African energy transition. We see the next step being oil to gas and then to renewables and Angola is the perfect environment for that. Enhanced recovery rates, improved competition space and the availability of reliable partners are some of the aspects driving industry growth. There are also partnership opportunities with majors and as they diversify more growth for us.”

With inadequate activities and investments across the upstream sector challenging the growth of the industry as a whole, Chittargueleca said, “The government has set up new regulations and policies to make our country competitive and we are conducting a study on how to stay competitive to increase exploration partners and investments. Regionally, we will be sharing information with our brothers on how to boost exploration. We are willing to negotiate as well with interested investors to maximise investments across the industry and make Angola the final destination of energy capital. Previously, it took 18 months to close a deal but now with the reforms enacted, it will take less than a year to sign new exploration and production deals.”