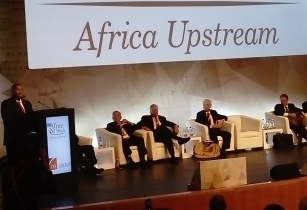 The 24th Africa Oil Week opened in Cape Town today with a strong focus on moving away from exports and instead utilising African oil and gas for access to energy and downstream projects, such as petrochemicals and refining

In his keynote address, the new South African energy minister, David Mahlobo paid tribute to Oliver Tambo to coincide with the 100th anniversary of his birth, for his contribution to South African democracy and subsequent economic development, before emphasising the importance of discussing "the common future of Africa [as part of the] African Union agenda" at the conference. In the southern Africa region, he cited gas exploration in Namibia and coalbed methane in Botswana Zimbabwe as examples of integrated economies in the continent.

"Africa needs to take steps to ensure the continent grows with sustainable development," he said. "Access to energy is needed to propel economies in the next 50 years - energy transforms lives and economies."

Mr Mahlobo said African countries need to move away from being net importers of oil and gas and "further embrace energy security and supply". He said that there are currently nine African refinery projects with capacity of 1.65mn bpd planned, including Nigeria with plans for capacity of 650,000 bpd once current projects are completed.

In regard to South Africa, he said that the country will soon be producing hydrocarbons and while there were some economic benefits to the low oil price, the recent increases in Brent crude prices need to translate into development and jobs. While struggles over energy resources have been a source of conflict in Africa, Mr Mahlobo was upbeat about the prospect of South African hydrocarbons being used to produce energy with "affordable tariffs and subsidies for needy households". He added that environmental sustainability to mitigate the effects of climate change as part of South Africa's integrated energy plan was important.

He told the conference that "a diversified energy mix" and a "pragmatic approach were important" to meet clean energy targets, with gas playing an increased role in South Africa. Mr Mahlobo said gas should be used to "improve efficiencies" in industries were "sub-optimal fuels" are being used.

Austin Avuru, CEO, Seplat Petroleum Development Company, echoed Mr Mahlobo's sentiments about AU cooperation, saying that energy should be used as an enabler for the African economic plan, particularly in terms of improving access to energy. He pointed out the disparity between Africa's significant energy production and low consumption and power outages, even in areas with electricity.

"Energy consumption should be proportional to economic development," Mr Avuru told the conference. "Bragging rights should be about consumption, not production."

Mr Avuru cited the example of Nigeria where oil and gas make up 80 per cent of government revenue but just 10-14 per cent of GDP, describing it as "a disconnect ... a rental economy".

"But things are changing, not just in Nigeria, but across Africa," he said. "In Nigeria today, gas consumption is increasing."

It is projected that by 2020, Nigerians will be consuming gas at a rate of 3tcf/day with a fivefold increase in electricity consumption projected in the same timeframe. Mr Avuru said that if Nigeria becomes a net exporter of hydrocarbons, the downstream sector can be further developed with plans for refining capacity of 1.2mn bpd by 2020, an even bolder projection than the 650,000 bpd cited by Mr Mahlobo. He added that Egypt, Ghana, Cote d'Ivoire and Tanzania are all taking a similar path towards energy security using local hydrocarbons.

He concluded his address by recommending privatisation of refineries to create a domestic market and full deregulation of the downstream sector.