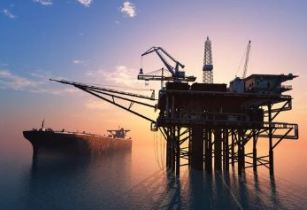 Africa Oil Week (AOW) 2021 has turned out to be a platform for intense discussions and decision making for the future of Africa’s energy sector through a series of keynote speeches, engaging panel discussions, national energy showcases and networking opportunities involving individuals and companies from all over the world that have a strong interest in African market

Taken beyond the borders of the African continent and hosted in Dubai for the first time since its inception, the four-day event will conclude on 11 November. AOW will be held in its original destination of Cape Town next year.

The event has witnessed attendance from more than 35 heads of government departments from the African continent and the Middle East and high-level delegations, including executives from some of the biggest global oil and gas companies.

Day two of the event was packed with numerous engaging conversations and networking opportunities, bringing together stakeholders from across the energy value chain to host a progressive discussion around sustainable energy development for the continent. It featured representatives from organisations including Wood Mackenzie, the African Continental Free Trade Area (AfCFTA), Eni, ReconAfrica, EITI, Herbert Smith Freehills, TotalEnergies, Africa Oil Corp, Equinor, Tullow Oil and Fugro, among others.

A platform for exchange and investments

Several national energy showcases were held as part of the event’s agenda to attract investments into the African energy sector, where countries like Uganda, Kenya, Gabon, Mozambique, Djibouti, Eritrea, Mauritania, Senegal, and The Gambia showcased investment opportunities in their respective countries, represented by their governments.

More than 24 National Energy Showcases will be hosted throughout the week, providing a dedicated investment platform for ministers, NOCs, utilities and regulators to broker deals and meet new partners, where government stakeholders will present an in-depth analysis of their national energy strategies, including prospective asset and investment opportunities, geological data and analysis, bidding rounds and open tenders, fiscal and operating policies.

Speaking on the sidelines of the event, Hon. Fafa Sanyang, minister of energy and petroleum, Republic of The Gambia, said, “The Africa Oil Week is one of the most important global events now. It's at the forefront when it comes to promoting the African oil and energy sector. I have been attending the Africa Oil Week for seven years now, so I know this is a suitable event and correct platform to highlight the African energy sector.

"I'll be announcing the licensing round, so my speech will be around the importance of oil and gas in Africa and The Gambia. The revenue that we generate from oil and gas can help us accelerate our other energies and environmental issues,” he added.

HE Abdessalam Ould Mohamed Saleh, minister of petroleum, mines and energy, Islamic Republic of Mauritania, explained, “With a large number of ministers and representatives of big oil companies and others, the AOW 2021 is an opportunity to exchange on various important and hot topics, in particular energy transition. We are just out of the COP26, so I think it's fantastic to exchange perspectives with our African counterparts. We are having a really good week, and it's also excellent to hear from the oil companies from various perspectives. This is a unique opportunity for all the people who matter to get together, and from that perspective, the Africa Oil Week has been a great experience. I would invite all the ministers to this platform.”

The event’s second day started with a powerful opening address by the Hon. Thomas Camara, minister of mines, petroleum and energy, Côte d'Ivoire, followed by a speech on ‘Reimagining the African Upstream by Wood Mackenzie,’ which explored how the industry has responded to a changing market landscape, identifying opportunities for new players and high-value assets on the horizon, besides analysing the macro-effects of the global energy transition on the African upstream.

One of the most dominant panel for the day was the ‘Energy Transition Policies for a Changing Landscape: Stimulating National Economic Growth and Investment', which featured ministers from the Islamic Republic of Mauritania, the Republic of Ghana, Republic of Uganda, and Côte d'Ivoire. The panel included comprehensive discussions on the renewed pressure on fossil fuel-dependent African governments to improve their fiscal and regulatory terms and explore new industries or policies to diversify their economies.

Towards the end of day two, the EITI convened a closed, high-level, invite-only Africa Energy Dialogue that included discussions around critical factors that will drive the transition to a sustainable, decarbonised economy.

The dialogue aimed to provide policymakers with an opportunity to exchange ideas on emerging trends and critical questions on achieving sustainable energy transition, the role of the extractive sector in revenue generation, developing policies to attract quality investment, and how can governments engage in a constructive public debate to bring about sustainable reforms, among others.

UAE’s interest in the African Market

With the UAE’s investments in Africa reaching US$5.64bn in recent years, AOW will serve as a platform to fuel future collaborations and partnerships that can result in additional high-value deals in the energy sector. In a keynote address, HE Suhail Al Mazrouei, minister of energy and infrastructure in the UAE, emphasised the UAE’s long-standing ties with African nations and highlighted the country’s position as an emerging global financial hub.

Over the next couple of days, AOW will include a power-packed agenda with discussions on key topics like energy transition and energy access, policies and regulations in the market, green economy, ESG practices in the sector, onshore exploration, the role of digitalisation and technology in Africa’s future energy mix, opportunities, and challenges in the sector in the post-pandemic world, achieving a clean and competitive energy future for the continent, among others.

HE Wamkele Keabetswe Mene, secretary-general, Africa Continental Free Trade Area (AfCFTA), said, “Through strategic discussions and collaborations, we hope to utilise the nation's expertise to help us in our united drive to eradicate energy poverty as part of the African Union 2063 and boost trade in the energy sector. We are certain that our talks with heads of governments from Africa and the UAE will facilitate the development of the local market and improve Africa's competitiveness both in its markets and globally, while also attracting quality foreign direct investment.”

Besides discussing the impact of digitalisation in the oil and gas sector, the event serves as an ideal platform for experts to design an economic blueprint for developing the African energy sector. It will also help governments and key organisations formulate their approach towards achieving a clean energy future for the continent, thus enabling the transition to a green economy.