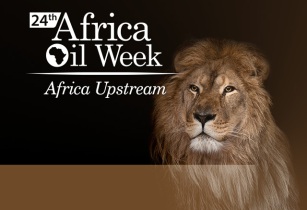 As Africa Oil Week closes for another year, the 24th African Oil Week  in Cape Town, South Africa, covered the themes of optimism and caution, as the continent looks to learn from the mistakes of countries around the world, and secure the future of the continent

The South African Energy Minister, David Mahlobo, gave a keynote address at the opening of the week. "Africa needs to take steps to ensure the continent grows with sustainable development," he said. "Access to energy is needed to propel economies in the next 50 years - energy transforms lives and economies."

Mr Mahlobo said African countries need to move away from being net importers of oil and gas and "further embrace energy security and supply". He said that there are currently nine African refinery projects with capacity of 1.65mn bpd planned, including Nigeria with plans for capacity of 650,000 bpd once current projects are completed.

Eric Hathorn, exploration director of Cairn Energy, told delegates at the event that Senegal is making progress towards first oil by 2021-2023 with up to 1bn barrels of recoverable hydrocarbons. "Senegal has moved from  being a frontier basin to an emerging basin with a clear path to commerciality," Mr Hathorn said, adding that the development of the country's oil sector "will benefit the people in Senegal."

Rick Perry, US energy secretary, spoke to an audience on Tuesday, stating that Africa should look towards the United States as an example, using its handling of its shale gas and wind resources as examples of "freedom and security."

Describing his visit to Cape Town for Africa Oil Week as "in the incredible category", Secretary Perry said the conference was "an opportunity for Africa to reflect and shine globally" and "show the world that innovation and energy offers a better life to the millions of people who call this continent home."

"As America continues to seek a more perfect union ... where people of all origins can find a better life, [America also seeks to] reduce our dependence on hostile fuels for energy," he told the conference, in reference to countries which the US does not consider to be allies.

On the penultimate day of the event, Pade Durotoye, CEO, Oando Energy Resources, and Austin Avuru, CEO and managing director, Seplat, spoke to Oil Review Africa after their presentations at Africa Oil Week.

In regard to the Petroleum Industry Bill (PIB), he said it was "very difficult to say" when it would be passed but "the rhetoric is that the current senate president is very eager" to see the bill become law, so there is a "strong chance" this will happen in 2018. However, he added that operators should start making positive changes now rather than "wait for the future".

Improved security, particularly in the Niger Delta region, has improved confidence, according to Mr Durotoye. Now is the time, he said, "to make investments as quickly as possible, as efficiently as possible".

"The stars are aligning and we are able to fulfil that promise," Mr Durotoye said.

Austin Avuru was upbeat about the prospects for gas in Nigeria, reflecting one of the big trends of Africa Oil Week: "We like the mix, the additional security gas provides."