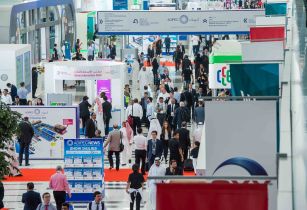 The Abu Dhabi International Petroleum Exhibition and Conference (ADIPEC) hosted thousands in its 19th edition, from 7 - 10 November 2016. It continued ADIPECs global success and realised its ongoing industry acclaim from the worlds oil and gas leaders.

More than 8,500 delegates, 2,000 companies, 700 speakers and 95,000 visitors from 135 countries hailed upon the UAEs capital in November 2016. The 19th edition broke all the show's previous records in international participation, bringing the world's energy decision makers, industry leaders and experts together to address the globes most critical issues in the ever evolving energy landscape.

President of the United Arab Emirates, His Highness Sheikh Khalifa Bin Zayed Al Nahyan, was the patron of ADIPEC 2016, which was hosted by the Abu Dhabi National Oil Company. In addition, the DMG Events organised event was supported by the UAE Ministry of Energy, Masdar, the Abu Dhabi Chamber and the Abu Dhabi Tourism and Culture Authority (TCA Abu Dhabi).

Headline speakers at ADIPEC and part of the Conference Programme were executives from ADNOC, ExxonMobil, Total, BP and ENI.

Rex W. Tillerson, Chairman and CEO of Exxon Mobil Corporation, said: “The theme of ADIPEC 2016 ‘Strategy for the New Energy Landscape’ is appropriately timed given the challenges and opportunities the energy industry must manage now and in the years to come.”

“It is great to be here at ADIPEC. This is a wonderful gathering of our industry, and it is great to be in this city of Abu Dhabi,” said Bob Dudley, Group Chief Executive of BP."