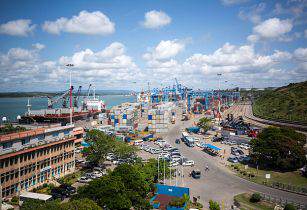 Once the designs are ready, the tendering process can be set in motion, said Gichiri Ndua, managing director of KPA. “We have engaged a consultant who is finalising the designs in regard to the planned relocation of the Kipevu oil terminal,” Ndua said.

Danish consultancy firm NIRAS is overseeing the relocation of the oil terminal, which will expand the Kenya’s petroleum handling and storage capacity by almost 400 per cent. Tendering and construction are expected to commence by the end of 2015. The preliminary design will cost US$1.7mn.

KPA is set to move the Kipevu terminal to a new site on the southern side of the port, opposite the current container terminal. The relocation is expected to cost US$120mn. The new terminal, expected to be complete in 2018, will allow four large tankers of up to 150,000 tonnes each to berth at the same time.

Kenya currently has two oil terminals. Kipevu is situated on the mainland Port Reitz and can accommodate a single vessel of up to 100,000 tonnes at a time. The other terminal, Shimanzi, can take in a 30,000-tonne vessel at a time.

The country serves as a key port of entry for bulk fuel import, among other imports, into the hinterland, mainly Uganda, Rwanda and DR Congo. Kenya and Uganda are also working jointly on building an oil pipeline that will connect the Kenyan port of Luma to the oil fields near Hoima in Uganda.

Kenya and Uganda map the route of new oil pipeline

Kenya and Uganda to float joint tender for pipeline