USA cements its position as world leader in oil reserves 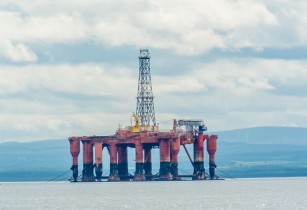 Tight oil plays in the Permian Basin in Texas and New Mexico hold 100bn barrels of recoverable oil resources, according to Rystad Energy’s analysis. Shale/tight resources in the Permian thus remain largely flat from the previous year, as production has been replaced through improvements in well configuration, largely driven by supermajors increasing their footprint in the Permian Midland Basin and by fine-tuning operations.

“We also note that production has not been fully replaced by increased reserves in some US shale plays, including Eagle Ford in Texas and Utica in Ohio,” said Jarand Rystad, CEO at Rystad Energy.

Rystad Energy consistently applies the standard of the Society of Petroleum Engineers (SPE) when estimating reserves and resources in fields, so reserves can be compared consistently across the world, both for Opec and non-Opec countries, and for conventional and unconventional fields. Official reporting from national authorities apply more diverse and less transparent standards.

Some OPEC countries like Venezuela report official reserves apparently including yet undiscovered oil, while others like Brazil and Norway officially report conservative estimates covering only existing fields.

Rystad Energy estimates that the world’s proven oil reserves according to the SPE scheme total only 386bn barrels, about one-quarter of the officially reported figures in BP Statistical Review. In order to reach a reserves estimate as high as the 1730bn barrels noted in BP’s calculation, Rystad Energy’s database would need to include 500 billion barrels from its estimates of yet undiscovered oil.

“Official reserves reporting from Saudi Arabia indicates an upwards revision of 10 per cent but we don’t see increases in activity that would justify such a large upgrade, so this revision could be due to changes in reporting methodology. The 20 per cent revision to official US reserves, on the other hand, is due to higher reserves reported by the operators and is based on more stringent rules from the US Security Exchange Commission,” noted Per Magnus Nysveen, head of analysis at Rystad Energy.

Rystad Energy’s report also confirms that global production of petroleum liquids and biofuels are on track to pass 100 mmbbl per day this year, representing an increase of about two mmbbl per day from 2018.

The gradual come-back of this suppressed oil production and resilient growth from the USA tight oil, combined with reduced oil demand due to trade conflicts, is forecasted to put a firm lid on oil prices for a couple of years, according to Rystad Energy. 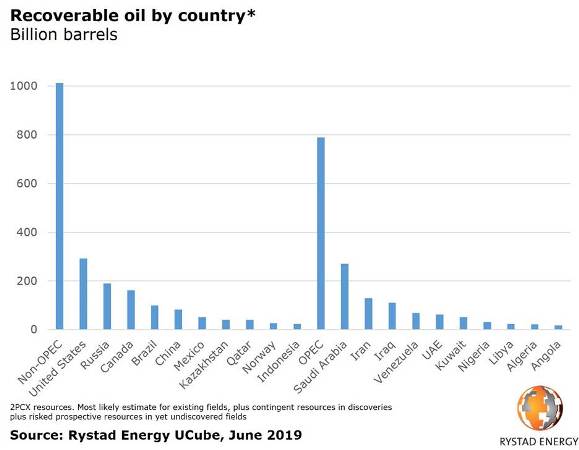