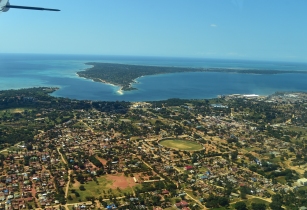 Solo Oil has signed a sale and purchase agreement (SPA) to end its 20 per cent investment in Burj Petroleum Africa Limited (Burj), a company that applied for various undeveloped fields in the 2014 Nigerian Marginal Fields Bid Round

Solo, a natural resource investment company focused on acquiring a balanced portfolio of production, development and exploration assets, will transfer its interest in this non-core asset to Burj Petroleum Corporation, an existing shareholder in Burj, for a nominal consideration of US$1.24, subject to no other shareholders in Burj exercising their pre-emptive rights in relation to Solo’s proposed sale.

With the sale, Solo will relinquish any future costs associated with Burj. Provided that no other shareholders in Burj exercise their pre-emption rights, the agreement is expected to be concluded at the beginning of October.

Alastair Ferguson, the executive chairman, said, “While the divestment consideration is nominal, the symbolic relevance of this divestment is material.”

“We continue to rationalise the portfolio in line with our stated strategic objectives as we seek to clean up the portfolio through divestment of all non-core assets and focus our attention on building the company going forward around cash flow from high-quality assets in low-risk jurisdictions and we look forward to updating shareholder in the near term as further progress is made,” added Ferguson.