Invictus Energy’s Mzarabani oil and gas prospects up in Zimbabwe 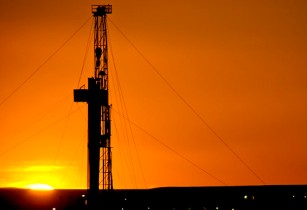 The Mzarabani Prospect has grown significantly in its scale. (Image source: Nestor Galina/Flickr)

The company said that an independent report completed by Getech Group Plc at its Cahorra Bassa Basin project estimates the total prospective resource of 9.25 tcf and 294 mmbbl of conventional gas/condensate (gross mean unrisked) across its special grant (SG) 4571 in Mzarabani and Msasa prospects.

Scott Macmillan, managing director at Invictus Energy, commented, “The Mzarabani Prospect has grown significantly in its scale and represents one of the largest conventional exploration targets globally. The independent report by Getech has estimated the net mean the recoverable conventional potential of the massive stacked Mzarabani prospect of 1.3 boe consisting of 6.5 tcf and 200 mmbbl of condensate net to Invictus.”

“In addition, the newly identified Msasa Prospect, a new substantial structural prospect within SG 4571 which is also a stacked anticline feature, is estimated to contain 1.05 tcf and 44 mmbbl of conventional gas-condensate on a total gross mean unrisked basis,” Macmillan added.

“The substantial work was undertaken to integrate the geological and basin modelling studies with the reprocessed and interpreted gravity, magnetic and seismic datasets has enabled us to characterise the subsurface in more detail and identify and quantify the additional prospectivity.”